The World Cup at the Maison du Handball worksite 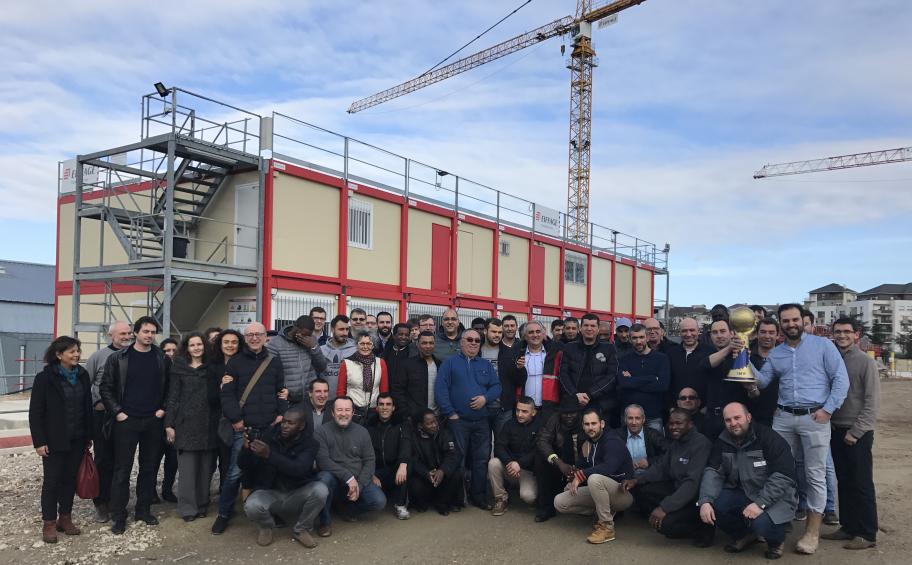 On Friday, 3 February, the Eiffage Construction Equipements teams were proud to welcome onto the worksite for the Maison du Handball in Créteil, France, the World Cup that the French National Handball team won for the 6th time.

A reception attended by the FFHB-French Handball Federation, Project Manager (Charles Delamy, Semon Rappaport Agency and BG) and the entire project team was organised for this event. Michel Jacquet, Director General of the Federation, screened a short video showing how the experts are preparing for the 25th World Men’s Handball Championship. He also drew a parallel between the preparation for a major competition and working on a large construction site.

The €25 million project, developed using BIM and started in July 2016 under a general contracting contract, is scheduled for completion in July 2018. It includes offices, meeting and conference rooms, a lecture hall, 65 bedrooms, kitchens, a restaurant, gym, balneotherapy centre and two handball courts.