RéaVie organization : donation des amphitheaters of the former site of the École Centrale (French engineering school) on the construction site of Châtenay-Malabry for the university USSEIN (Sénégal) 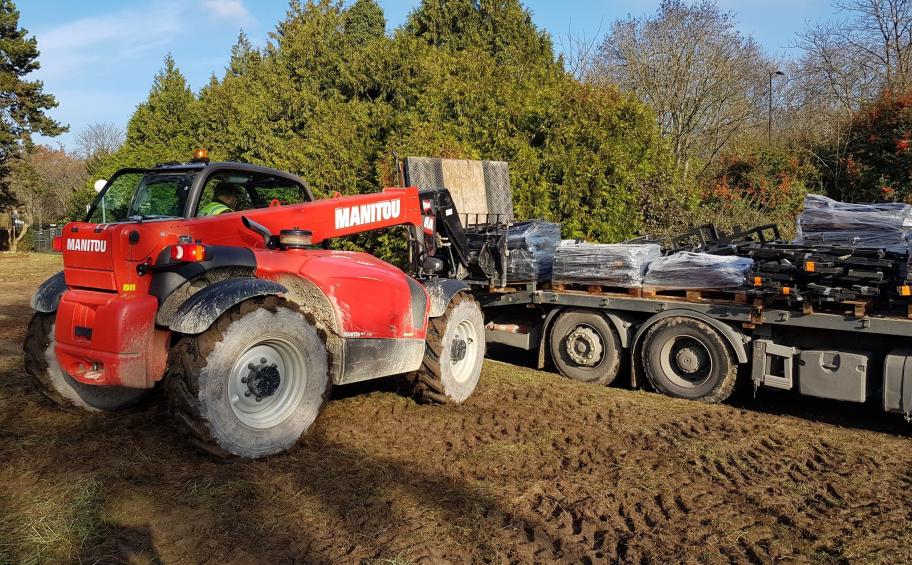 On November 28th, a carrier took the furnitures of the amphitheaters of the site of the École Centrale, defused by the association RéaVie in anticipation of the operation of arrangement of the future eco-district " LaVallée ", in Dakar for the university of the Sine Saloum El Hadj Ibrahima Niass (USSEIN) in Senegal.

The RéaVie association signed a convention of donation with the university of the Sine Saloum El Hadj Ibrahima Niass (USSEIN), for the sending of the furniture of the amphitheaters of the former school buildings of Ecole Centrale in Châtenay-Malabry.

The USSEIN is a public university with agricultural vocation and related jobs for the food safety, the sustainable development and the prosperity. It has for mission the initial formation, the in-service training, the research and the service to the community. It is a multicampus university that will be implanted in 5 sites in the center of Senegal. To be able to start the courses in campus of Kaolack, Fatick and Kaffrine, the USSEIN needs to equip with some amphitheaters.

2 containers of 40 feet were delivered on November 28th to the platform Solid-R, the platform of re-use of materials used on the construction sites of the BTP, for the load and the transport in the harbour of Havre. Boarding of the cargot planned on December 3rd with an arrival to Dakar estimated on December 14th.

RéaVie is : A non-profit organization made up of a multidisciplinary team of the BTP (architect, foremen, control of work, person in charge of the environment).
A team led by the desire to act for: