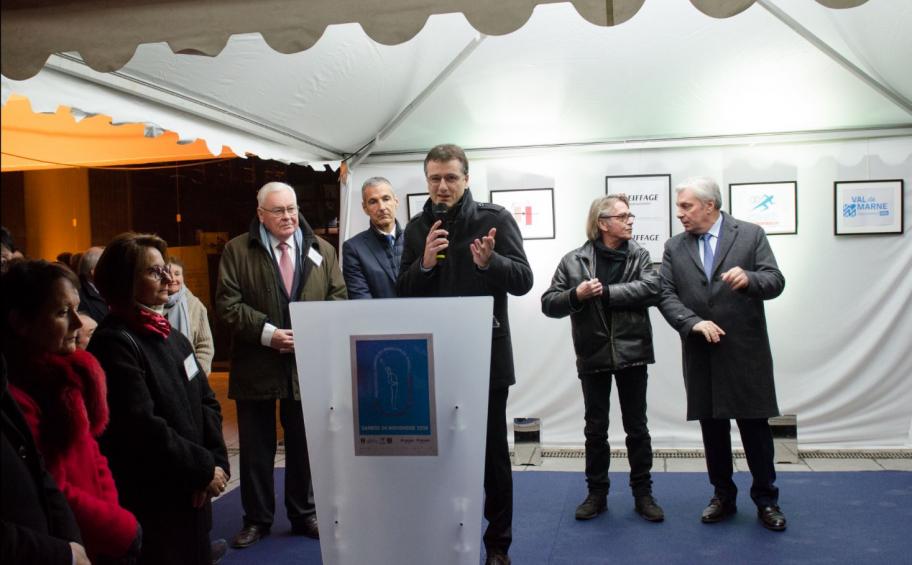 Endowed with a dojo of 100 square meters at the ground floor and with a ground of handball overhung by a forum of 200 place on the first floor, the gymnasium of "Bataillon de Joinville", of 3000 m ², represent the renewal of the sports equipments of the city, in the continuation of the dancing school Aurélie Dupont.

The construction of this new sports equipment joins in the program of the ZAC of the "Hauts de Joinville", operation of arrangement managed by Eiffage Aménagement. Introduced in 2008, this project has for ambition to re-revitalize and to rehabilitate a city-center in escheat as well as to develop Joinville-le-Pont towards a sustainable city.


This project of arrangement, respecting a specifications requiring regarding environmental standards, is practically finished with:

Joining this inauguration, the City hall revealed the work of the sculptor Benoît Luyckx which decorates from now on the new square of the City hall just next to the gymnasium. This work, named "Rencontre", was offered by Eiffage Aménagement, within the framework of the charter "1 building, 1 work" introduced by the french Ministry of Culture.
Useful links
Group websites
Follow us