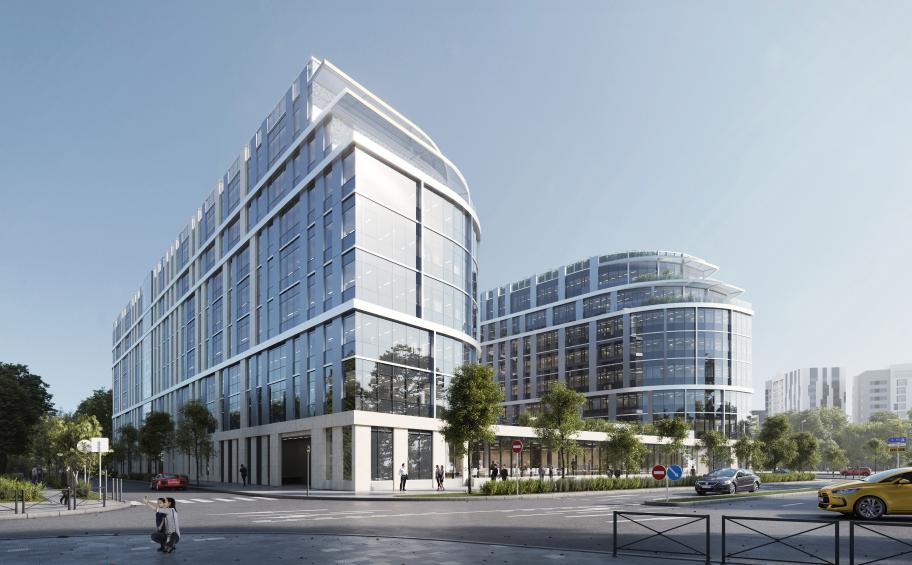 Eiffage, via its subsidiary Eiffage Construction, is to build the Com’Unity office building in Bezons, this being the first project in France undertaken by the Belgian developer Atenor, for a value of nearly 84 million of euros.
The property, offering a floor area of 33,800 sq. m, is to be built by Eiffage Construction in the role of prime contractor supported by Goyer, an Eiffage Group subsidiary specialising in the design and erection of aluminium and glazed façades.
The Com'Unity building - designed by Hervé Metge (SRA Architectures) with support from SOM for the façades - features 7 superstructure floors as well as 3 basement levels accommodating a 563-space car park and technical rooms. The common areas, fitted out to a high standard, have been designed by Cabinet Pinto and include an auditorium, staff canteen, gym, lounges, a lobby, a cafeteria as well as a total of 1,900 sq. m of landscaped exterior spaces.

Completion is scheduled for June 2021, after 33 months of construction and outfitting works.

Com’Unity is part of an ambitious project to develop riverside office buildings near Bezons bridge in the Nouvelle Seine area located only a few yards from La Défense business district near Paris. This booming area, transformed into a strategic gateway by the Grand Paris urban development project, is served by the T2 (Bezons – Porte de Versailles) tramway line, the A86 orbital motorway and Quais de Seine arterial road, as well as several bus routes.