Eiffage Suisse, a subsidiary of Eiffage Construction, starts work on the 80-metre Artisa tower in Zurich 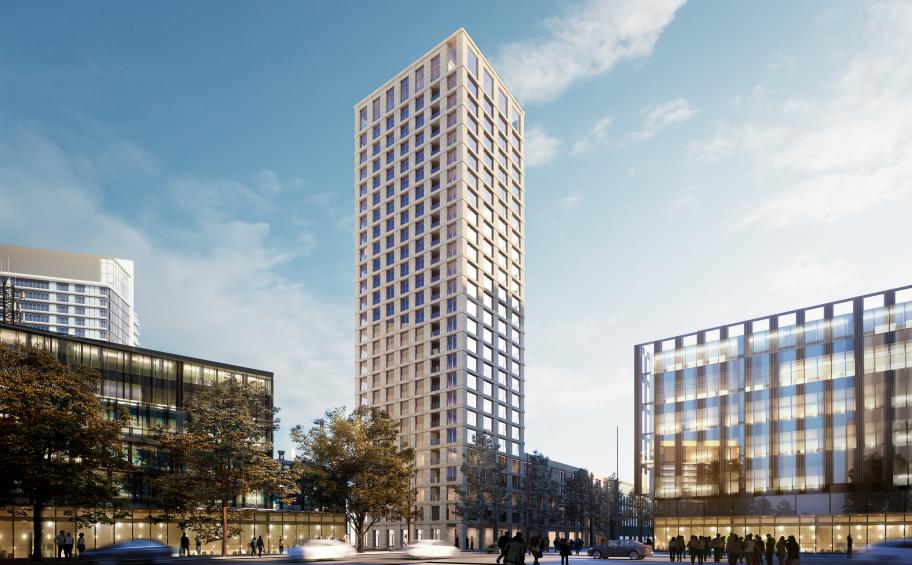 80 metres high and 26 storeys: work on the high-rise apartment building in the Zurich district of Leutschenbach by Artisa, a real estate group active throughout Europe, has just begun! When completed in 2023, it will house around 140 residential units as well as a restaurant and commercial premises. Fifty-two flats will be furnished according to the micro-living concept of City Pop, a branch of Artisa. This large-scale project has been entrusted to our teams at Eiffage Suisse, a subsidiary of Eiffage Construction.

By April 2023, an 80-metre high residential tower will be built in the north of Zurich in the Leutschenbach district. Designed by the Artisa Group, the project is being implemented by Eiffage Switzerland.

The Artisa Tower is a housing model created on a privileged location, in line with the Zurich 2040 urban development plan and meeting local and territorial needs. Natural space and modern housing will communicate through an elegant park of more than 2500 m² giving a new meaning to the district.

The 26-storey residential tower, including three basements and a ground floor occupied by commercial premises, is built on a plot of almost 4,000 m² with a total floor area of almost 18,000 m². To the south, the tower is completed by a five-storey building and a two-storey building to the north.

In addition to the traditionally built flats, Artisa will also implement its City Pop concept. City Pop is an innovative and contemporary housing concept: based on the teachings of neuro-architecture, it optimises the living space to simplify the lives of its inhabitants. Fully furnished and equipped, the City Pop studios come in several sizes (from 21 to 60 sq.m) and can be rented for between 4 and 52 weeks. 52 flats of this type will be built, supplemented by 85 rental flats (mostly 2- and 3-room units, some 4- and 5-room flats).

Congratulations to the Swiss teams for this beautiful project!