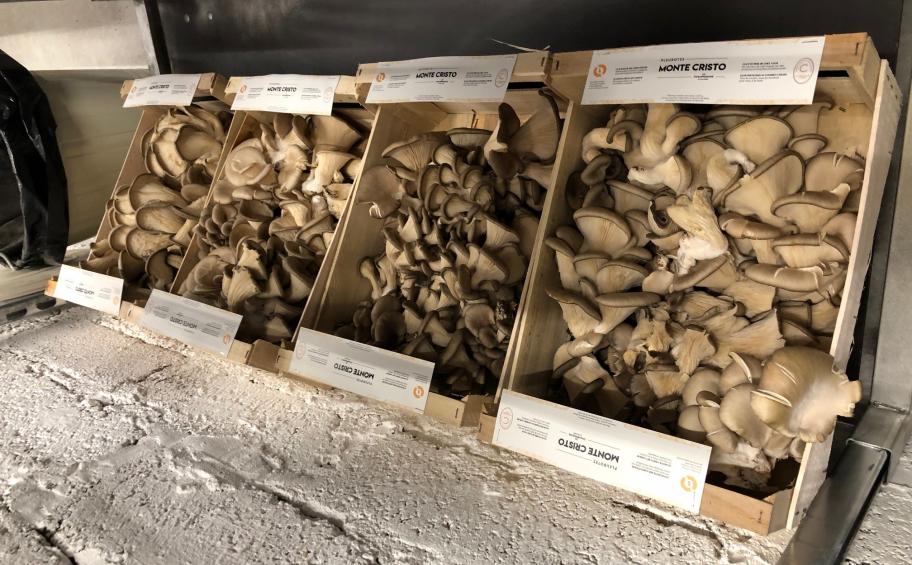 the first urban mushroom factory farm of Bouches-du-Rhône was inaugurated on 12 December, a project supported by Eiffage Immobilier Sud Est, which funded concrete to make the cellar slab.

The idea is to harvest the Coffee Mark from local restaurants as a substrate to watch oyster mushrooms hatch. Cultivated downtown, using an accessible resource, the mushroom is part of a circular economy, meaning that waste is diverted to produce quality food and then distributed on a short circuit, which is worth the PACA ecological transition.
To set up his activity, Maxime Quemin signed an agreement with the agricultural school of the calanquies in Marseille. 230 m² of cellars have been made available but significant work is required. He then launched a crowdfunding operation and was assisted by Eiffage Immobilier Sud Est, who agreed to finance the concrete to make the cellar slab.


Maxime Quemin now wants to develop this new loop for the city and businesses of the Aix-Marseille metropolis, and is part of a united effort by creating jobs for people who are far from the labour market and want to learn how to farm in urban areas.
What about the long term? 10 tons of oyster mushrooms a year, and why not outsource the mushroom to grow in Marseillais compost.