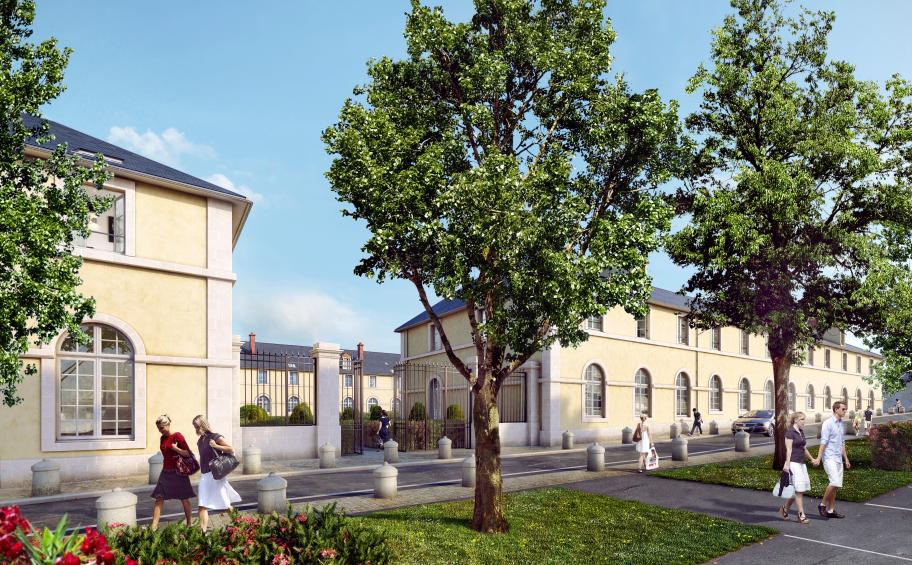 The ceremony of the first stone of future high set housing  of range La Cour D’Eylau took place on June 22nd in the presence of Mister Philippe Marini, Chairman of the Metropolitan District of the Region of Compiègne and Mayor of Compiègne, Jean-François Roverato, Honorary president of the group Eiffage and Edouard Dubost, Director of Eiffage Construction Nord-Ouest.
The operation is managed by Eiffage Immobilier in association with the ASL The Royal Passage within the framework of the reconversion of the former site of Etat-major school registered on the additional inventory of historic monuments.

4 years ago, Eiffage Immobilier Picardie won the call for projects launched by the city of Compiègne to renovate the named plot of land " Court d'Eylau " on the site of the former Etat-major school.

Today, further to the operations of excavation and demolition of both wings not kept by the former building, the construction of 138 housing has just begun for a projected delivery at the end of 2019. The commercialization, launched by Eiffage Immobilier in September, 2017, met a striking success.

The project is divided in two parts :

Outside of the residence, a formal garden of 3000 m ² in the central yard, 17 outside parking places and an underground parking of 135 places will be realized.