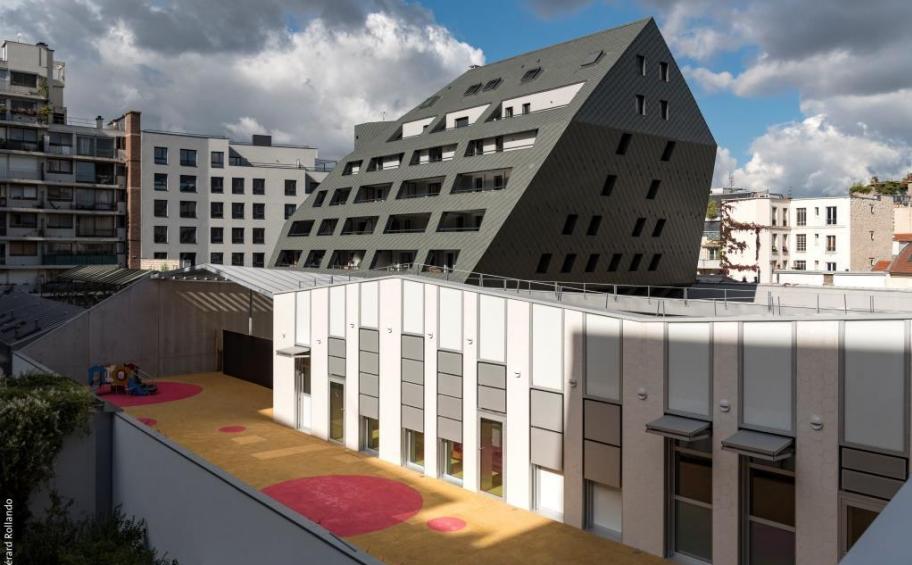 This innovative project of urban mixing, carried by the RATP, was built on a bus garage, creating a new district right in the middle Paris.

After 34 months of works, Olivier Genis, President of Eiffage Construction, inaugurated 102 000 m ² of constructions of " Ateliers Jourdan - Corentin - Issoire " with:

Dating the end of the XIXth century, the center of bus of the Door of Orléans was modernized and enlarged in the middle of two hectares of space to realize new housing.

This new district in the 14th arrondissement includes from now on 660 new housing:

The urban complex will also house the new center of bus renovated (183 places), a nursery and a childcare center (96 cradles) taken care by the RATP and the City of Paris.

Roofs were fitted out with terraced gardens, on a surface of 7 300 m ² among which 600 m ² of shared gardens and space of urban agriculture.