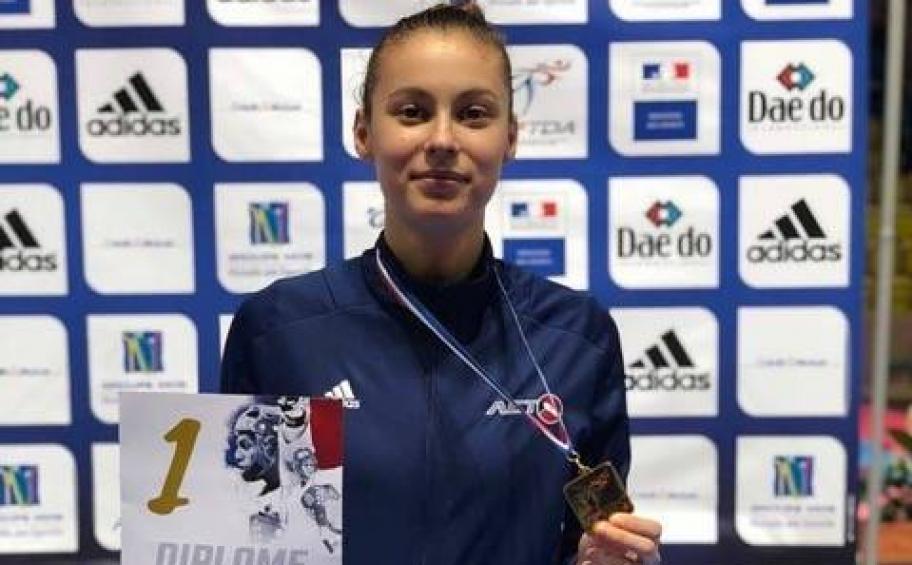 The team of the business development of Eiffage Construction welcomes Estelle Vander-Zwalm, vice-champion of the world of junior Taekwendo. The branch counts from now on 5 high-level sportsmen!

Launched in December, 2014 by Thierry Braillard, Secretary of Country for Sport, the Pact of performance bases on a mutual commitment of the country, the signatory companies and the sports movement in favour of the professional support of the high-level sportsmen by assuring them the pursuit of a formation, an insertion and an occupational retraining.

Signatory of the pact of performance since December, 2014, Eiffage Construction has already integrated within its teams eight high-level sportsmen. Today, the branch accounts five sportsmen:

Eiffage Construction strengthens its commitment in favour of the occupational retraining of the high-level sportsmen today by welcoming the fifth sportswoman in its staff: Estelle Vander-Zwalm. Shestudies and will occupy the post of Business development in internship. The young woman is Vice-champion of the world 2012 Junior Taekwendo and 8th finalist of the senior world championship 2017.