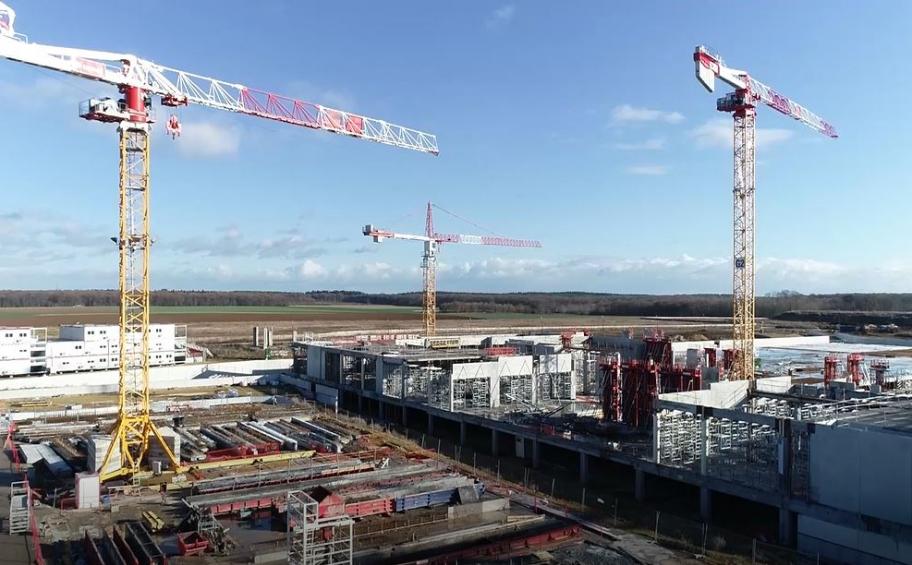 The project is being built in Douains, near Vernon in the Eure department (27). Located 55 km north-west of Paris, the 35,000 sqm Outlet Village will reach customers in the west of Paris. It will consist of around one hundred shops and seven restaurants.

The commercial units are designed in a modern, design style by the architectural firm ARTE CHARPENTIER. A car park will extend under the entire surface of the shops. Playgrounds, relaxation areas and a Maison des métiers d'art will complete the Village, allowing the promotion of local know-how.

The construction site is unusual because of its size (250m long and 160m wide), but also because of the number of workers involved in its construction: up to 800 at peak times.

Its construction is very important for the region, in order to attract new shoppers to Normandy, as shown by the visit at the end of February of a ministerial delegation including Sébastien Lecornu, current Minister for Overseas Territories, former President of the Eure departmental council and former mayor of Vernon, who was actively involved in this project.

On the environmental side, the site is being built to High Environmental Quality standards, and includes numerous green walls on the facades, to integrate nature into the heart of the project and future shopping trips for customers.

The completion of the structural work is planned for the end of April, with final delivery scheduled for the first half of 2023.

Congratulations to our teams, to whom we send all our energy for this operation, and thanks to our partners:
- Owner: MAC ARTHUR GLEN
- Project manager: TERRELL
- Architect : ARTE CHARPENTIER
- Design office: TERRELL
- Economist : GLEEDS