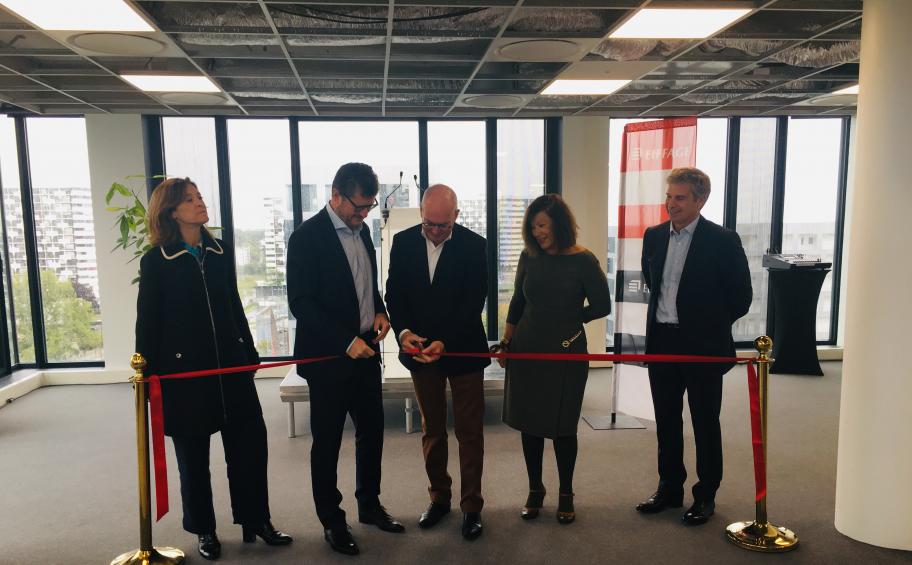 Eiffage Immobilier and Foncière Inea inaugurated on October 7 the new tertiary buildings Nantil and the residence Capella ideally located on the island of Nantes. In front of the Beaulieu shopping centre, the NANTIL/ CAPELLA project is a mixed urban project, using urban densification to combine work and habitat functions on the same site.

The development project carried out by SAMOA (Société d'Aménagement de la Métropole Ouest Atlantique) on the island of Nantes is ambitious and unique in Europe. According to the developer, it is a question of building a “modern territory”, “of inventions and entrepreneurship”, complementing the downtown.

This new mixed-use complex, Capella – Nantil, is made up of three parallelepiped buildings in this neighbourhood, which is very marked by an urban development in the 1960s: a 45-unit building of 2,900 m² with a 250 m² commercial space on the ground floor and two office buildings totalling 6,140 m² of floor. The total created floor area is over 9,000 m2.
The project is being developed around a renovated office building of 7,600m² acquired by Foncière INEA.

These works were designed by the firm Hérault Arnod Architectures, which won the tender organised with the help of SAMOA and its urban architect.
The architectural treatment of new buildings (vertical, reflective aluminium and largely glazed) contrasts with the existing horizontal, anthracite-coloured mineral structure.

Occupants of these new spaces will benefit from excellent transit service and for “green” commuters, the bicycle bicycle along the north face of the site gives them direct access to the site by bike or on foot via a furnished access.

The work, entrusted to Eiffage Construction Atlantique Vendée, began in November 2017 for delivery in September 2019.

Personalities present at the event: