Naval Group site in Cherbourg : Eiffage Construction delivers the preliminary works to the demolition of the former nuclear submarines 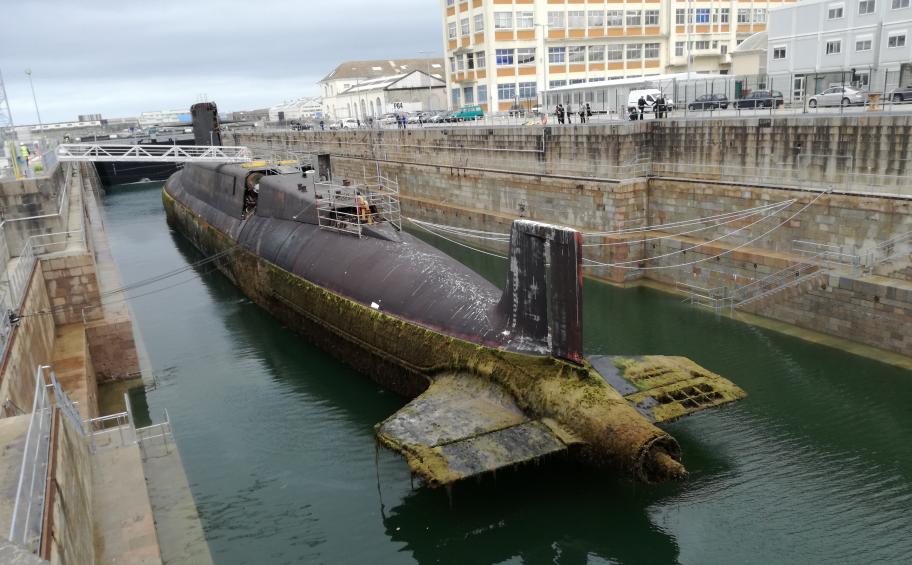 Eiffage Construction teams of Cherbourg delivered the works of civil engineering and VRD (public road distribution network) of the Naval Group site with the aim of the demolition of five former french missile launchers nuclear submarines.

Within the framework of the program of demolition of the Nuclear Submarines Missile launchers, the submarine "Le Tonnant", removed from service in 1999, realized its last operations on September 4th in the shape N°5, the pond which allows the reception of ships, on the site of Naval Group in Cherbourg.
The teams of Eiffage Construction Cherbourg worked during 18 months around the shapes N°5 and N°6 at the realization of works of Civil engineering and VRD (public road distribution network) with in particular:
-    several big radiers, structure fate to receive the foundations and to assure an optimal stability, of total surface of 5 700 m ²,
-    cleaning and repair 10 000 ml of joints of masonry in 2 shapes,
-   realization of 9 000 m ² of heavy public road network.
In spite of an unfavorable weather and numerous discoveries of the old buried networks, the construction work was delivered for the deadlines in August, 2018.