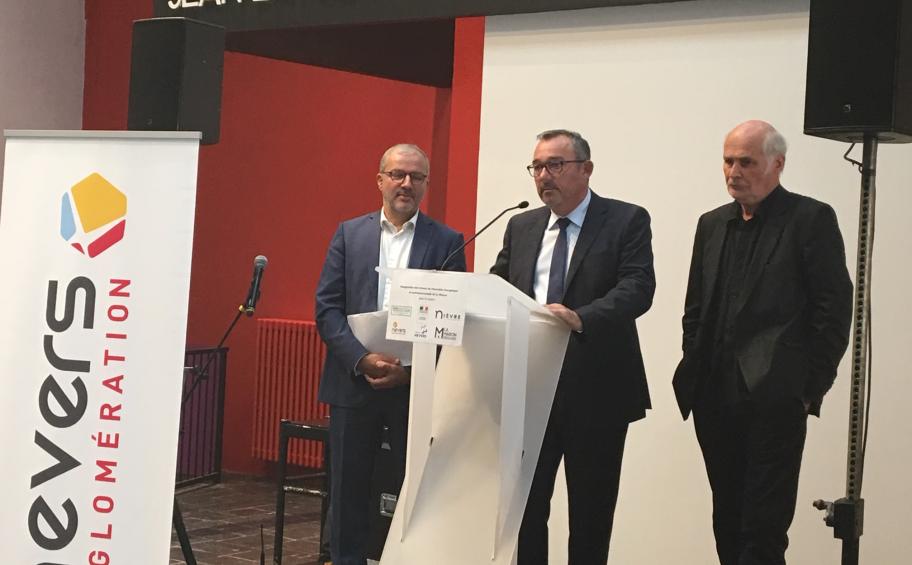 Eiffage Construction Est has carried out in CREM (design-realization, maintenance and maintenance) major works to modernize the Maison de la Culture Nevers Agglomération, whose construction dates back to 1969.

This major project consisted of:

The project involves a major innovation: the façade of the stage cage has been embellished by a large glass envelope creating a dynamic wall (use of a double or triple wall combined with an external air supply), called Trombe Wall (named after its inventor in the early 20th century). Located one metre from the existing walls, it will warm the building in winter and cool it in summer.

This site mobilized 70 companions for 14 months. A large part of the amount of work is dedicated to improving energy performance with an ambitious goal: a 47% reduction in expenditures!

Jacques Delaine, Regional Director Eiffage Construction Est, stressed during this inauguration the involvement of the teams, the architect (ABW Architecture) and the local subcontractors, with special mention for Miroglace, local company that worked on this project with the giant Saint-Gobain. He also wanted to thank the City and the Agglomeration for their trust: Eiffage Construction Est has won several construction sites related to public facilities in the territory for the past ten years.