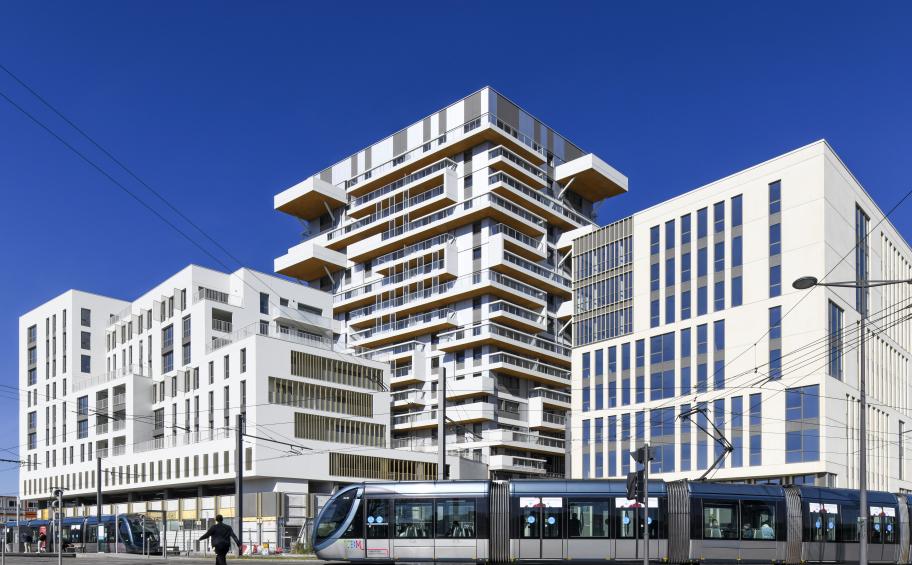 Eiffage, through its subsidiary Eiffage Immobilier, is in the process of handing over the Hypérion tower’s 100 apartments in Bordeaux to their residents. This 17-storey, 50-metre wood-and-concrete tower, the tallest wooden structure in France, is a state-designated “Industrial Demonstrator for the Sustainable City” and was recognised at the BIM d’Or awards 2019 for its BIM design.

The operation began in 2015 when, as part of the regional OIN (operation of national interest), the Bordeaux Euratlantique EPA (public development authority) initiated a call for projects with the aim of building a woode-framed tower taller than anything previously seen in France, to support the structuring of the country’s construction timber sector.

Eiffage Construction achieved this feat using an innovative construction method combining a concrete base on three levels and a concrete core with a wooden frame made from glued laminated timber beams, flooring made from cross-laminated timber panels, and 304 timber-framed walls. Construction made partial use of prefabrication, with more than 1,500 components created off-site, including the facade elements made in workshops at Savare -an Eiffage Construction’s subsidiary- and assembled in just five months.

Construction of the tower required 1,400 m3 of solid wood, which was certified locally sourced in the Nouvelle-Aquitaine Region in line with Eiffage’s commitment to an ecological approach promoting short supply chains and labelling. Waste timber was recovered at the Noé shared inter-site services platform, the first of its kind, opened by Eiffage and Suez in 2018.

Setting the standard in a number of areas, this E3C2-level operation perfectly illustrates the Eiffage group’s low-carbon strategy. Thanks partly to its construction solution, Hypérion will store the equivalent of at least 1,400 tonnes of CO2 during its lifetime, which is comparable to nine years of energy consumption in a building of this size.

Designed by the architect Jean-Paul Viguier, the Hypérion tower is part of a wider mixed development comprising 182 apartments, 151 parking spaces, 360 sq.m of shops and 3,820 sq.m of offices across four buildings.