Bees on the worksite of Carré Michelet 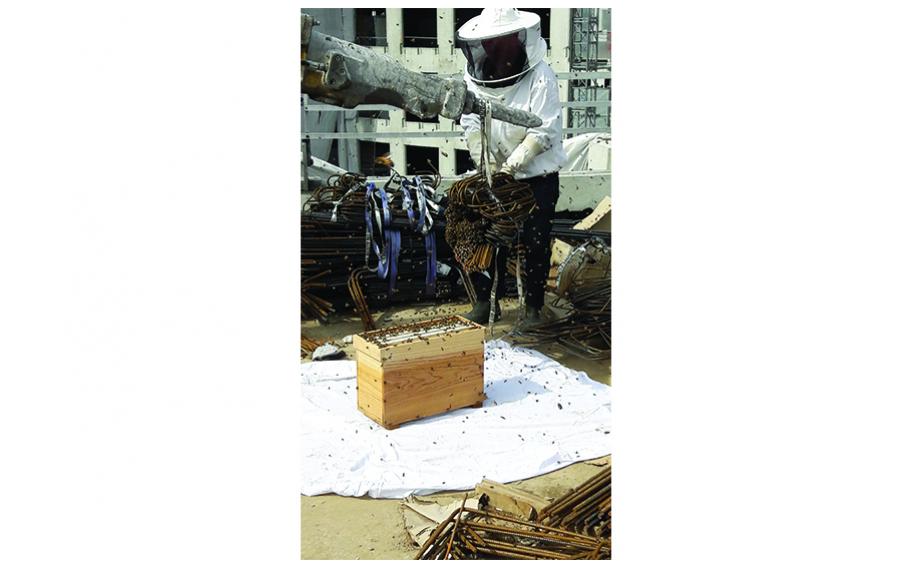 Eiffage Construction Grands Projets teams have discovered a big surprise at the Carré Michelet project: a swarm of nearly 15,000 bees!

Probably coming from one of the hives present on the towers of La Défense, these were agglutinated on the scrap stored on the site.
The work team then called on a beekeeper to move the swarm. By lifting the scrap, the latter managed to integrate the queen in a hive, where she was followed by her fellows.
The bees have now found themselves under the Coubevoie bridge, where, if the swarm develops normally, they will give honey within a year!