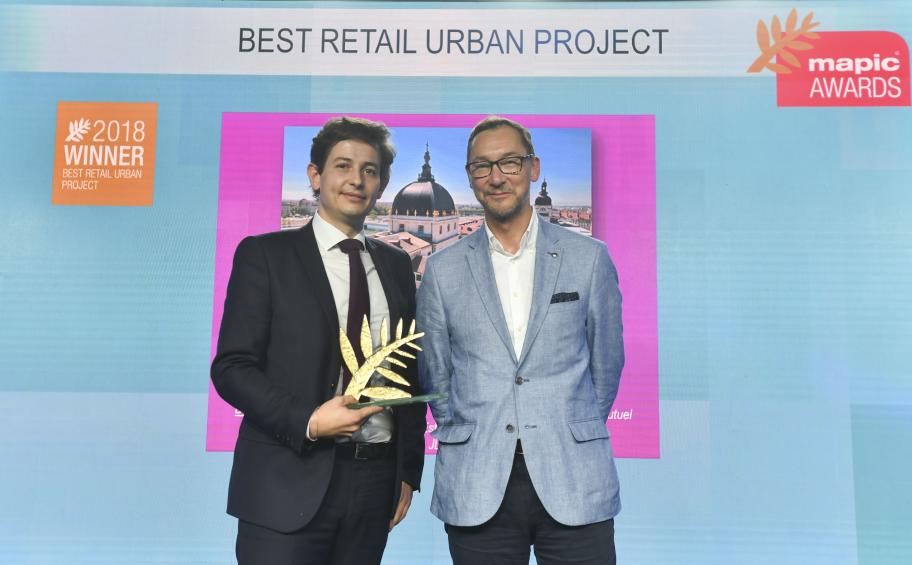 Created in 1996, Mapic Awards rewards the excellence, the innovation and the creativity in the sector of the real-estate development, recognizing the best retailers and the real estate projects. A prestigious reception welcomes the most influential professionals of the real estate.
The winners of the Mapic Awards 2018 were chosen at the same time by jury of professionnals and by vote of the visitors of the tradeshow.


The Grand Hôtel-Dieu of Lyon was recognized for its impressive reconversion. Jewel of the architectural heritage Lyonnais, it is sicen forever a place of life and modernity. Yesterday home, hospital or maternity, it shone with its medical techniques in the point. Today, it is a multifaceted place, but always turned to the hospitality: 5-star hotel, space of trendy shopping, centers of convention and Cité international of the Gastronomy. The route was imagined around 4 universes crossing domes, courts and historic gardens.

Carried by committed and passionate actors, the project of reconversion of the former hospital knew how to convince by its ambition and its coherence with the history of the place. Conceived by the architects Albert Constantin and Didier Repellin, the works were officially launched on April 3rd, 2015 by Flower Pellerin, Minister of Culture and Communication and were led by Eiffage Immobilier. Together, they knew how to answer the stakes in one of the most symbolic construction sites of the Lyon urban district and in France, concerning the reconversion of an ancient memorial in real place of life and diverse activities in the heart of a zone registered on the world heritage of the humanity by the UNESCO.


Congratulation to all the teams of Eiffage Immobilier and Eiffage Construction who contribute for almost 4 years to the realization of this large-scale operation!