Mama Shelter Hotel in Toulouse : opening to the public in November 2018 ! 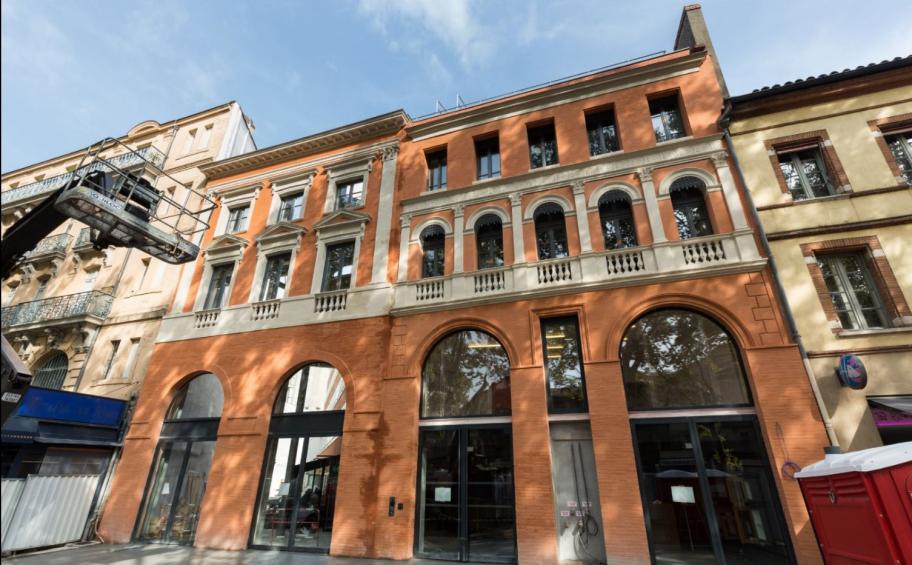 Located in the historic heart of Toulouse, the Mama Shelter hotel is realized within the framework of an exceptional operation of rehabilitation of a historical heritage. Eiffage Immobilier officially delivered the building on October 31st, 2018. This project was led in partnership with the Municipality of Toulouse.

The Mama Shelter Toulouse will occupy the former site of the "Nouveautés", the cultural Mecca created at the beginning of the 20th century, which successively welcomed a theater and a cinema. It will participate widely in the development of the Toulousian tourism and in the radiation of the city.

This operation of rehabilitation includes the preservation and the restoration of the big brick-built patrimonial facade of the building and its four arcs, overseen by the French national architect.

The main work, assured by Eiffage Construction, were led from January till December, 2017, followed the first installations of the hotel equipments by the developer from May, 2018 and the provision of the zones of the hotel for the installation of furnitures and decoration by Mama Shelter in July, 2018. The architecture was entrusted to the Toulousian agency Puig Pujol Architecture (PPA).

The general public can discover this beautiful building from November, 2018.