In Blagnac, Eiffage Immobilier lay the first stone of the residence Tendance 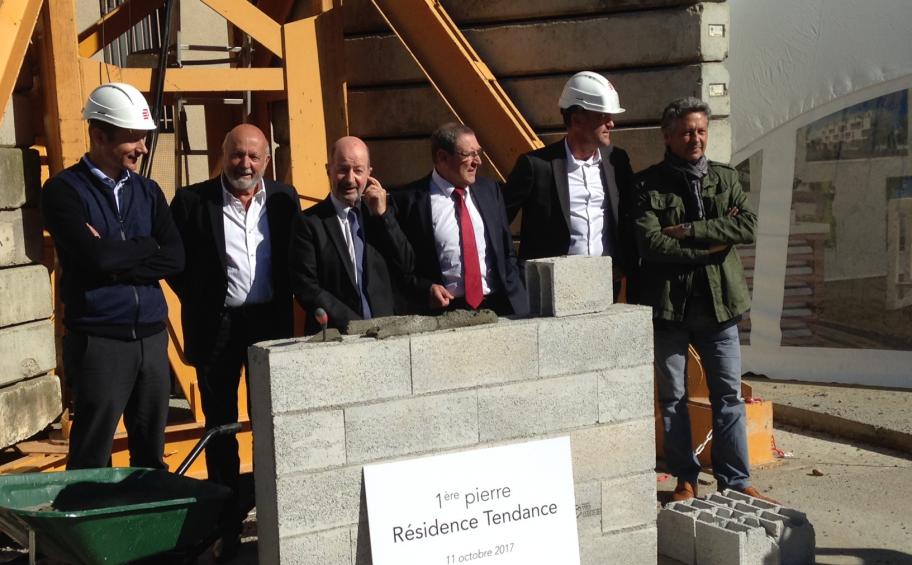 Eiffage Immobilier has begun in june the construction work of the residence Tendance, a copropirety of 36 appartments from studio to 5 rooms. The lay of the first stone of the residence Tendance has been done on October 11th at n°80 roue de Greande in Blagnac in presence of Joseph Carles Mayor of Blagnac, Bernard Keller Vice-president of Toulouse Métropole, Nicolas Collot Director of Eiffage Immobilier Midi-Pyrénées and the cabinet Taillandier architect of the projet.

The studies iof this operation have begun in 2014, in reason of the complexity iof the configuration of the site. The phone installastions of Orange have been relocated in the basement and the downstairs of the building releasing spaces for housing.

The consutrction work, currently at the structural work phase, are carried out by the general company Eiffagec Construction Midi-Pyrénées.

An operation praised by Joseph Carles, Myor of Blagnac. As vice-president of Toulouse Metropole Bernard Keller has highlighted the interest of urban densification, the residence is near downtown of Blagnac and easily accessible by Tramway lign T1, it offers to the residents a proximity with the shops, schools, gynmasium and the Odyssud park and its lake.

Nicolas Collot, director d'Eifagge Immobilier Midi-Pyrénées, has also shared the difficulties of the construction work and the commercial success. The site is constraint because of the technical installations and the access via the tramway path. This has obligated to plan 60 parking places in the basement and a few places in the surface. The complex knows quite a commercial success as there is "only" 10 housing left to sell.

The delivery is planned for the 4th quarter of 2018.