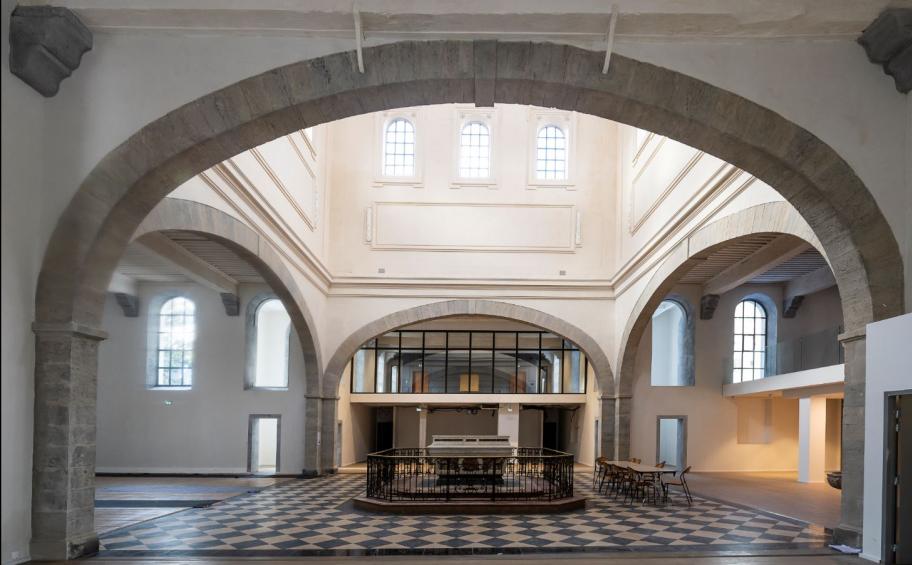 After four years of work for the rehabilitation of the Grand Hôtel-Dieu, Eiffage delivers to Lyon Métropole the Cité Internationale de la Gastronomie, a showcase of Lyon's culinary expertise and French excellence, destined to become an international tourist destination.

Entirely classified as a historic monument in 2011 and with a total surface area of 51,500 m², the Grand Hôtel-Dieu is the largest private conversion of a historic building in France.

The International City of Gastronomy is the first City of Gastronomy in France to be delivered on the four projects planned in Lyon, Dijon, Paris-Rungis and Tours, following the inscription to UNESCO of the gastronomic meal of the French Heritage in 2010.
In each city, this initiative carried by the French State will highlight a specificity of French gastronomy. In Lyon, nutrition and health are in the spotlight with the theme "Eat better for better living".

The Cité Internationale de la Gastronomie covers 4,000 m² in the oldest part of the Grand Hôtel-Dieu; hospital built between the 17th and the 21st century. The visit will be divided into 3 levels of superstructure including 1,300 m² of exhibition, a space dedicated to the kitchen, a restaurant, a café and a shop.
To carry out the redevelopment of the site, Eiffage Immobilier, accompanied by Didier Repellin, Chief Architect of Historic Monuments and the AIA Architects agency, have completely redesigned this part of the oldest of Lyon's hospitals; part originally imagined by Cesar Laure, rector of the Hôtel-Dieu of Lyon of the time and built from 1622 to 1637.
The historical character of the Grand Hotel-Dieu and its location in an urban setting made it a complex project. A challenge faced by the Eiffage Construction teams, who have adapted their know-how to the four zones of different eras that make up this site, and to organize the various deliveries to meet the small size of the site.

The Cité Internationale de la Gastronomie in Lyon will open to the public in autumn 2019. It is expected to welcome 300,000 visitors each year.