Eiffage renews its commitment to the Ministry of Urban Affairs, Youth and Sport 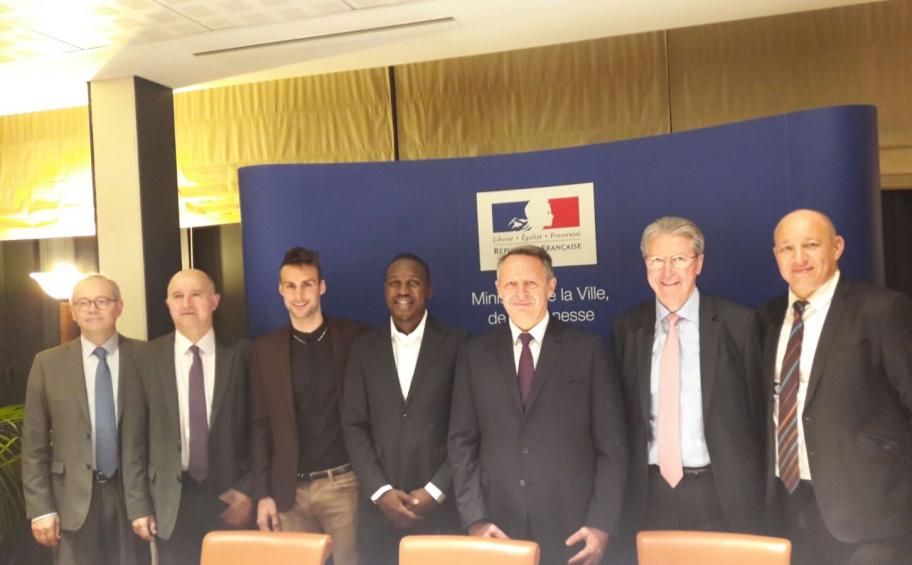 On 19 December 2016, in the presence of Thierry Braillard, Secretary of State for Sports, Eiffage Construction re-signed and APRR signed the “Performance Pact” introduced by the Ministry for Urban Affairs, Youth and Sport.

Introduced in December 2014, the Performance Pact is based on a mutual commitment by the State, signatory companies and the sports movement to jointly support top-level athletes by allowing them to continue their vocational training, integration and retraining.

Eiffage Construction, a Performance Agreement signatory since December 2014, has already brought onto its teams several top ranking athletes, some of whom competed in the recent Rio de Janeiro Olympic and Paralympic Games, such as Maxime Maurel (paratriathlon), Laetitia Payet (Judo) and Manon Valentino (BMX). Eiffage Construction is continuing to demonstrate its commitment by signing an employment contract with the young boxer Souleymane Cissokho.

APRR, the Group’s motorway subsidiary, has also come on board this commitment made by Eiffage by adding its signature to the Performance Pact. On 1 January, APRR, which operates 2300 kilometres of motorway, France’s second largest network, will host Valentin Belaud, world champion in title of modern pentathlon, an Olympic sport since 1912.