Eiffage is awarded the contract to renovate the Hôtel du Palais in Biarritz, the third major project signed in the luxury hotel business in 2018 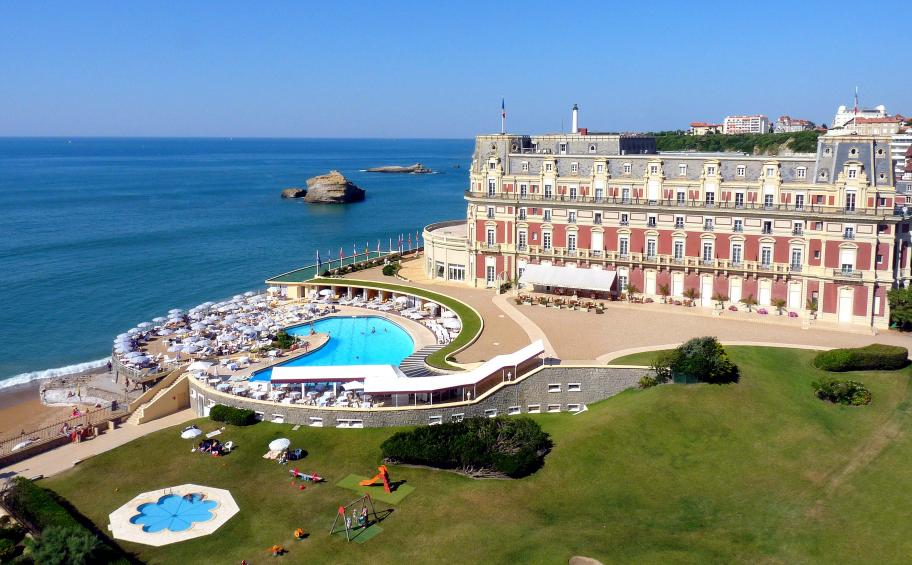 Eiffage, via its subsidiary Eiffage Construction, continues to develop its skills in the luxury hotel business universe by signing, with Socomix, a new contract to renovate the Hôtel du Palais in Biarritz, the only luxury hotel on the Atlantic coast, for a value of €33 million.

The contract covers the renovation of around one hundred rooms in this listed building, as well as the reception areas and the entire lower ground floor where the hotel facilities are located. Pradeau Morin, a subsidiary of Eiffage Construction, will be in charge of the facades.

This project will be carried out in two phases. The first phase, which involves the renovation of the first half of the rooms, began in October 2018 and is scheduled for a delivery in June 2019, for the summer season and the G7 summit in late August. The hotel will close again for the completion of the second phase in October 2019, with the full opening of its 137 rooms scheduled for June 2020.
Hôtel du Palais is operated by the Hyatt Group on behalf of Socomix, and its main shareholders are Biarritz city hall and JC Decaux holding.

In March 2018, Pradeau Morin won the contract to transform the former Samaritaine de Luxe in Paris, a 1914 Art Deco building, into a luxury 5-star hotel for AXA and Vinci Immobilier, for a value of €48 million. The future 5-star hotel, which covers 12 000 m², is expected to open to the public in 2020.

In April 2018, Pradeau Morin also signed the contract to construct a luxury hotel within the Château de Versailles for Lov Group Hotel Collection, worth €26 million. The project consists in constructing a luxury hotel and restaurant under the Ducasse brand, as part of a major refurbishment of a total area of 3,600m2. The project is scheduled for delivery in September 2019.

Together, these three projects are worth €107 million for Eiffage Construction.