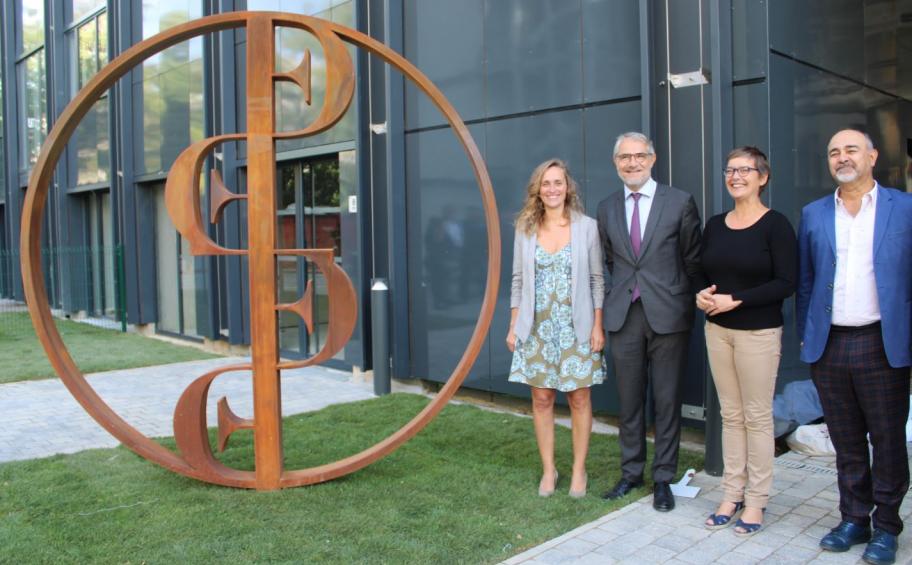 Eiffage Immobilier inaugurated this Wednesday, September 18, 2019, the operation «L'imprimerie», former offices converted into 234 housing units in accession and social, located in the 14th arrondissement of Paris. This project is exemplary in terms of sustainable development with the integration of vegetable gardens on the roof of the building.
This event was also the occasion to unveil a work of art implanted in the residence as part of the charter "1 building, 1 work".

“L’imprimerie” refers to the history of the site, formerly owned by the Ptts. The first buildings, built in 1895 for the post office administration, were to serve as printing and postage stamps until 1970. Subsequently, the site was taken over by Orange and La Poste in 2000 to make use of offices.

The work involved the conversion of these former offices into dwellings and the elevation of some buildings, with wood panel facade siding, on an area of 23,000 m².
This heavy rehabilitation project, whose design and execution was entrusted to the agency Layhani Architecture, consists of 234 housing units, divided into 6 buildings with:

The work, which lasted 3 years, was carried out by Eiffage Construction Habitat Improvement, with significant constraints related to the site. The building dating from 1970, nine months of asbestos removal were required. In addition, the telecommunications operating activity was maintained and operated by Orange.

As part of this operation, Eiffage Immobilier responded to the “Parisculteurs” contest organized by the Paris City Council to vegetate 100 hectares of buildings by 2020 in the capital.
The program thus integrates 2 greenhouses in terrace at R+4, for a surface of 465 m2, connected to each other by a footbridge suspended, allowing to offer the inhabitants a vegetable garden.
The Shared Gardens are managed by the start-up Urbagri, specializing in setting up urban agriculture projects, on a cultivated area of about 200 m².

In December 2015, Eiffage Immobilier signed the "1 building, 1 work" charter with the Ministry of Culture and Communication, committing to install a work of art in each of its operations.
For this operation, the work "L'arbre à lettres" realized by the artists Sophie Bocher and Stéphane Ducatteau accompanied by the studio Art In Situ, was chosen. The steel used is reminiscent of the Didot Street printing press and the old Petite Ceinture railway network. The interlacing of letters pays homage to the brothers Didot, Pierre and Firmin, printers and creators of typographical characters still used today.