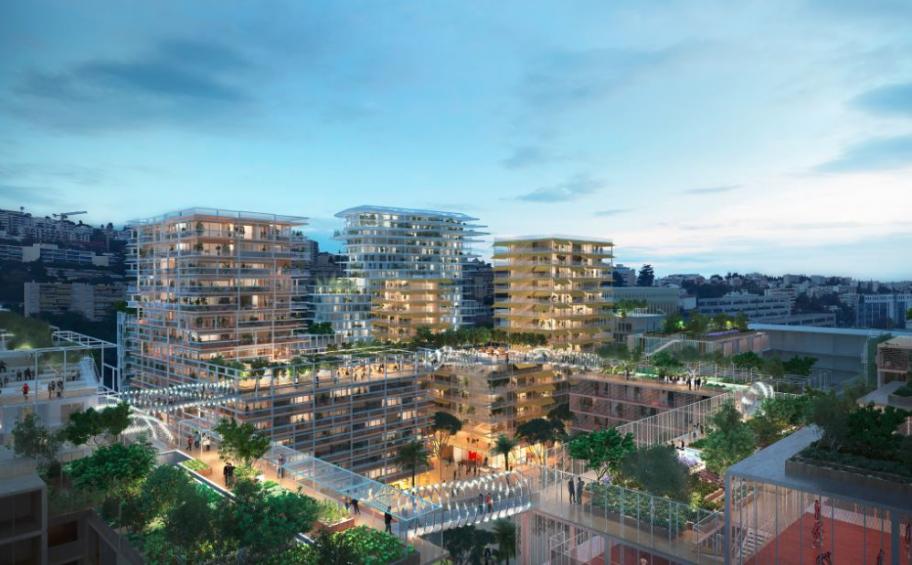 On December 20th of this year, the grouping Pitch Promotion (for 70 %) - Eiffage Immobilier (for 30 %) and the Lambert Lenack agency, the architect coordinator, won the projects call " Destination Méridia " of the metropolis Nice Cote d'Azur and the EPA Nice Eco valley.

At the center of the future urban high-tech city Nice Méridia, in the plain of the Var, on the West of Nice (Alpes-Maritimes); this new district will include:

Its mixed programming is carried towards the new practices, a hotel, shared and dynamic workplaces, hybrid buildings and flexible housing will be also built.

« Joia Méridia » (which means enjoyment in the native language of Nice) intends to rethink and to revisit the city of Nice of the XXIth century by conferring him an identity and a soul azuréenne, in echo in the historic city.

Designed by an architects' team of international fame, the district presents a big convergence between the urban forms and the open spaces. The weft of the district settles down from a network of three places with which are connected to three types of buildings: the Metropolitan Place, the Place Méridia and the Patio.

Committed in the Ecodistrict initiative, Joia Méridia works to promote an exemplary Ecocity through a triple approach:

-          societal innovations (house of the health, hub sportsman within the well-being city, the urban agriculture, the short-lived business, etc.),

Needs of thermal cover for the whole district is insured by a power plant of geothermal production implanted in the district. The interdependence and the energy follow-up of each of the buildings are realized by the implementation of a specific distribution network with said variable smart grid flow.