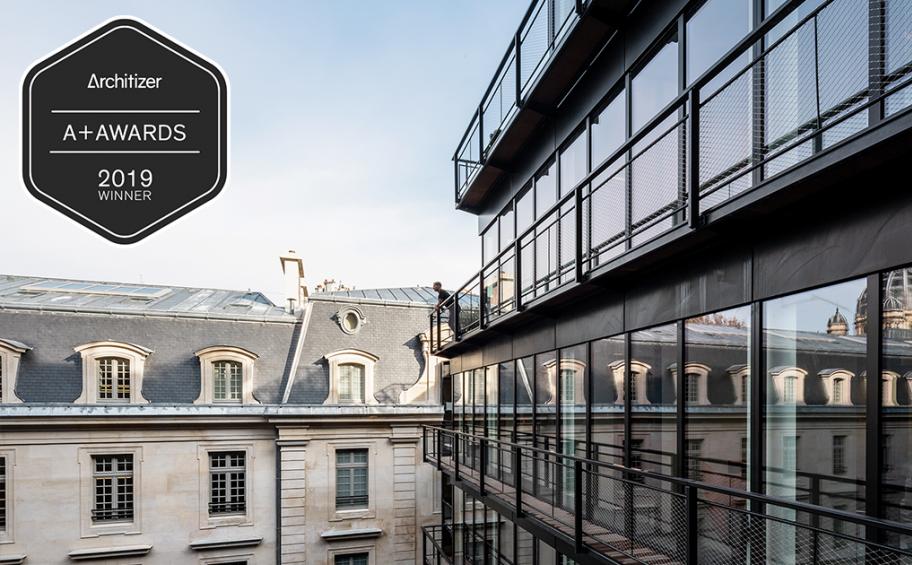 The rehabilitation of the former barracks of the Pépinière in offices located rue Laborde in Paris is once again highly praised! Built by Eiffage Construction and designed by PCA-STREAM, this set received Audience Award at the Architizer A+ Awards in the category «Architecture + Workspace». This award is in addition to the 2019 EGF-BTP National Gold Key and 2019 Mipim Award in the “Best Office & Business Development” category.

At the 7th edition of the Architizer A+ Awards on 9 July, the public designated the Paris-Laborde office complex as the best architecture of a tertiary complex in 2019! This year, nearly 400,000 public votes were counted.

Delivered at the end of 2018, this tertiary complex is the result of the rehabilitation of the former royal barracks of the Pépinière in the heart of Paris for ACM. This 19,000 m² operation includes two rehabilitated buildings and a new seven-storey office building. The long glass façades of the new building were made by Goyer, a subsidiary of the Eiffage group.

The Architizer A+ Awards are the most important trophies dedicated to architecture in the world. Organized by the Architizer network, more than 7 million people follow the webcast of the ceremony live. The aim of this event is to highlight significant architecture and promote products that are an integral part of the life of large buildings.

We congratulate all the Eiffage teams who worked on the project for this 3rd award!